In the early 1890’s the Guild of Handicraft exhibited some of their earliest metalwork at a little known exhibition at Armourers’ Hall, home of the Armourers and Brasiers Company in the City of London.  I have, finally, found an article on the 1891 exhibition which included a sketch of a door or finger plate the Guild exhibited.  This won a competition the Exhibition was hosting to design a finger plate for the Hall and the design was subsequently made up and fitted, where it can still be seen today. The article is in the attached pdf  The-Armourers-and-Brasiers-Exhibition-1891. The designer and maker of the finger plate is given in the article as John Williams, with a total of six plates ordered for the Hall in total.  Separately, Alan Crawford notes that Hardiman and White both designed prize winning exhibits for Exhibitions at this venue in 1890 and 1892 respectively. 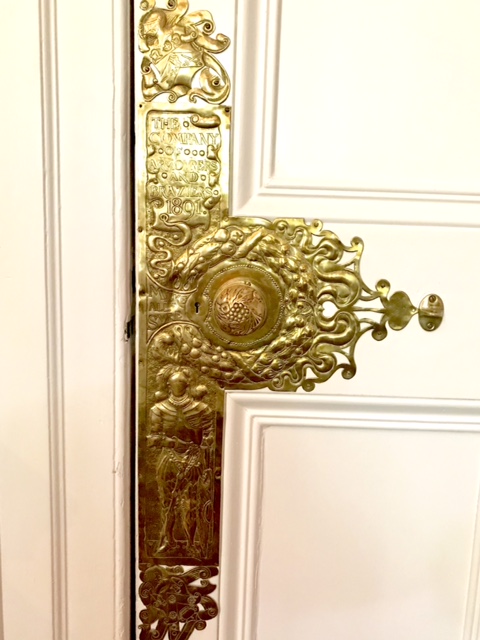